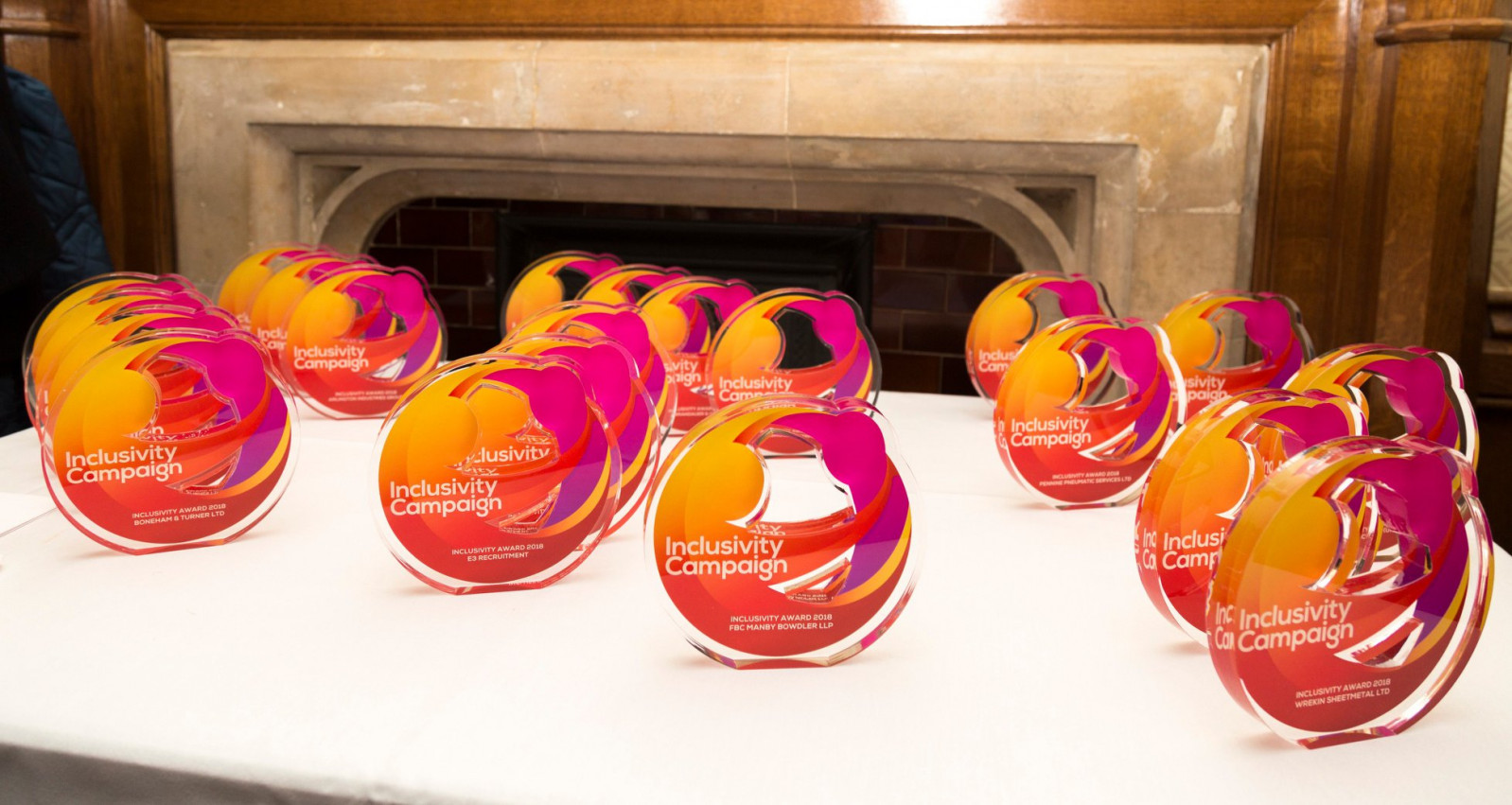 Made in Yorkshire members recognised at inaugural Inclusivity Awards

Members of Made in Yorkshire have been recognised for their enthusiastic support for the organisation’s Inclusivity Campaign.

Eight companies from the network were invited to attend a reception at the House of Lords where they were the recipients of the inaugural Inclusivity awards.

Accompanying them to Westminster were twelve companies from sister network, Made in the Midlands, who have also been supporting the campaign during its first full year.

Commenting on the awards, Jason Pitt, CEO of the Made In Group, said: "This has been a tremendous first year for the Inclusivity campaign, more than 30 companies are now more inclusive employers, a by-product of course is they are improving the perception of engineering which in turn widens the recruitment pool whilst also improving productivity of the people already in their businesses."

Entering the awards, firms were asked to outline the positive effect Inclusivity had had on their business, what hurdles they had had to overcome and how the campaign would be used to define the company in the future.

Ruth Gosnay, of ActionPlas, said that since starting their Inclusivity journey, the company has recruited from both ends of the work life spectrum.

In September, it recruited two shop floor apprentices, whilst at the same time appointed a 63-year-old Sales Manager.

“The reason behind the recruitment is the plethora of knowledge and experience that can be divulged to the younger, less experienced colleagues,” she said. “Whereas the apprentices will enable to company to future proof against potential skills gaps.”

As a relatively small SME, employing just 30 people, Actionplas opted to conduct the Engagement and Inclusion survey to establish how aware the team was with regards to  Inclusivity.

“This gave me a benchmark from where to work from and also highlighted areas of strength and weakness that needed initial investigation and education,” she said.

“Then we need to make sure this becomes so much a part of the Actionplas ethos that we don't even know we're including it.”

Sarah Dufton, of Christeyns, said the firm had opted to make its 2018 apprenticeship intake the focus of its Inclusivity work.

“The insights we have gained from this area have been transferable to many other business processes,” she said.

“Historically Christeyns has received a wide variety of diverse applications to our apprenticeship scheme. However, we have struggled to attract successful applications to our apprenticeship selection day, and in turn then convert these into offers of employment. Typically attendance at the assessment day has been approx. 60% and mainly White British male candidates that attend.

“The Inclusivity toolkit provided us with great insights to review our processes and identify areas which may be making Christeyns less attractive to diverse groups of people.”

She said simple changes, such as amending advert wording and ensuring the firm had a diverse selection panel in place had made a big difference.

One thing which the company found particularly beneficial was putting candidates in touch with employees with a similar background in order to provide reassurance.

“This time around, and for the first year this year we had diverse group of candidates at our selection day. This meant that our intake this year as a whole was much more diverse,” she said.

“We have recruited our first female Muslim apprentice onto a manufacturing apprenticeship programme which is a huge success for us.”

Turning its attention to mental health, the company said it had been keen to improve this side of its operation.

“We have now created within the company a group of mental health wellbeing ambassadors who are all Mental Health First Aiders,” added Sarah.

Sarah Argyle, of Elis - formerly Berendsen, said the company had benefited from increased awareness of Inclusivity and had implemented training workshops to support its work as part of the campaign.

She said the company had also benefited as a result of direct contact with other Made in Yorkshire members who are also taking part in the campaign.

She said the company’s next step was to undertake the European Foundation for Quality Management.

Louise Allen, of MIY sponsor BHP, said it was still a little in the firm’s journey to fully assess the impact of participating in the Inclusivity campaign.

She said the firm was about to introduce a new HR system which would allow it to measure various aspects of employee diversity and inclusivity. It has also conducted an employee survey to identify additional areas of focus.

“We have had a positive response from staff to the introduction of mental health first aiders,” she said. “This was seen a priority after a significant increase over the last year in the number of staff reporting issues of mental health.”

Helen Saunders, of fellow MIY sponsor Clarion, said the law firm had updated its Induction process to ensure it had a higher focus, while it had also updated the diversity data collection process at the point of job offer.

The firm has also rolled out Unconscious Bias training across its workforce and recommended the course to others in the MIY network.

Aileen Peters, of BASF, said the company had been keen to break down barriers within its local community.

As part of this, it had visited two local mosques to better understand how it could engage with the Muslim community and in the process, hopefully attract to the business a demographic more reflective of the local area.

Laura Rogers, of E3 Recruitment (E3R) said the firm had adopted a full Inclusivity policy, which had been well received by the workforce. This has also been shared with fellow MIY member and Inclusivity adoptee, BASF.

“A document has been produced that brings together the findings of numerous research projects which look into the impact of gender bias on applicants. It also lists examples, including most commonly used words and biased phrases and alternatives, as well as providing a gender decoder free resource which all recruiting employees have been briefed on.”

The firm has also started to gather research on the gender pay gap and actions to close this.

“This is something we want to progress further so we are in a position to share,” she said. “Once complete we would like to host an event for our clients which briefs them on our work so far, sharing with them our research on gender bias adverts and how to overcome them and also how to close the pay gap.”

Kimberly Martlew, of Pennine Pneumatic Services, said the firm had utilised the themes of inclusivity to assess the accessibility of its buildings and to implement adapted where necessary.

For example, existing steps to its training room were of differing heights. These have been completely reformed, and are now much shallower and have painted edges. Alongside this, the company also now has designated spaces for those who need easier access to the premises and a greater number of handrails.

There has also been positive feedback from staff for mental well being support.

“We are taking lots of small steps with this and it is working,” she said. “Simple emails, posters, talking about it in staff meetings. For most it has been expressed that it is just a relief to know someone is there. Especially important for us given the high percentage of males in our industry and the statistics around male suicide.”

The firm is also actively looking to overcome gender splits and age discrimination, while also continuing to work with Tempus Novo to employ ex-offenders.

It is also expanding its work with The Reserve Forces and Cadets Association to further its goal of employing ex-military personnel.