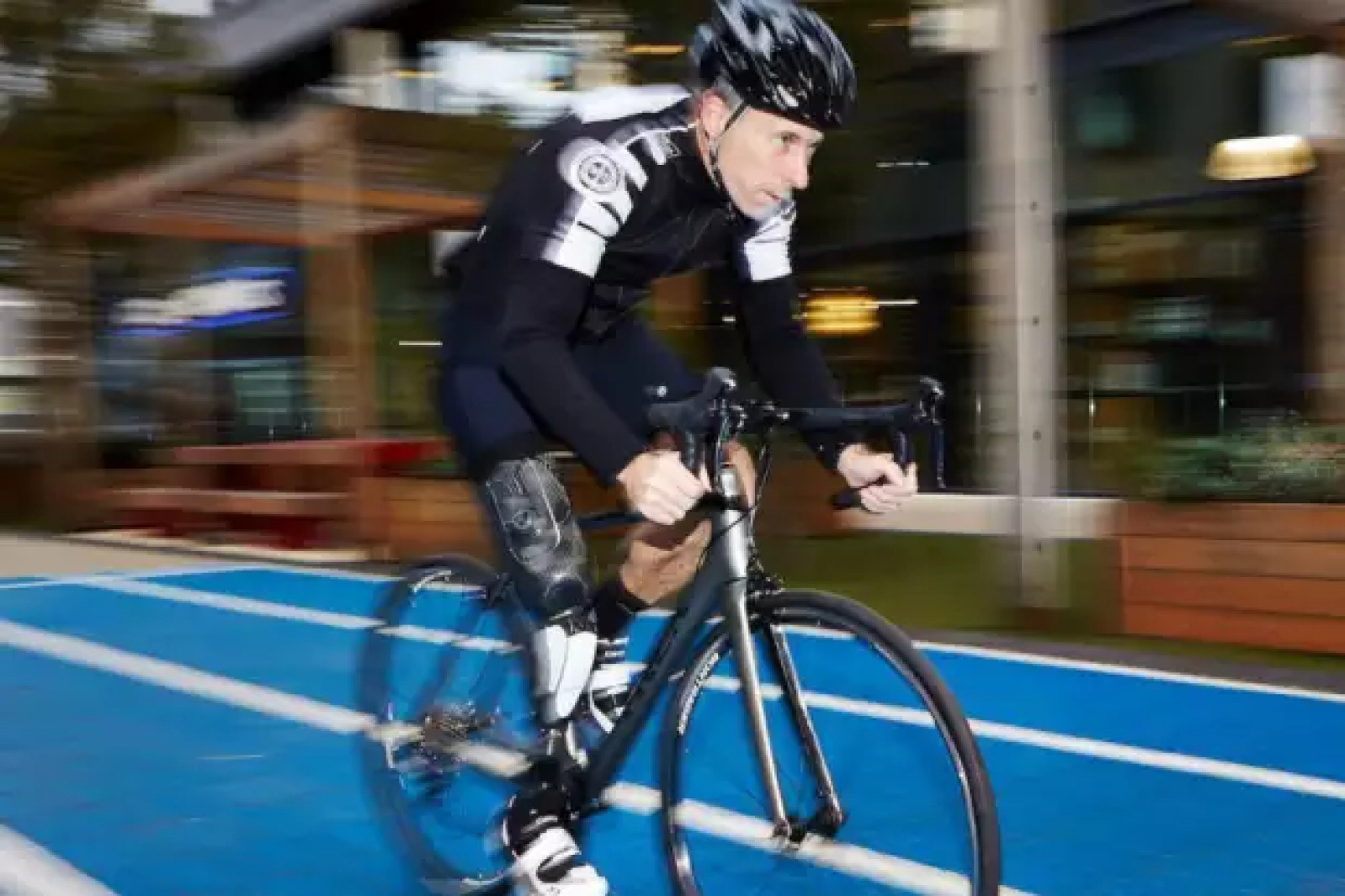 A disabled athlete is a step closer to his goal of representing Great Britain in the Tokyo Paralympics thanks to the support of the Made in Yorkshire network.

Stuart Meikle, who had his right leg amputated through the knee when he was just six months old due to complications, is aiming to represent his country in the Paratriathlon.

The 43 year-old father-of-three from Bingley has come to competitive athletics quite late and was encouraged to take up the sport by members of his family, who are all keen athletes.

“It was when I took my children to training sessions at the local athletics club that I began to think that maybe with the right prosthetic leg I could do this - after all I had continued with my mountain biking so was still in pretty good condition,” he said.

“It was after supporting them all at the Great North Run, where you could not help but be inspired that I wanted to enter this race and other races myself in the future.”

On visiting his local Prosthetic hospital in Leeds and explaining my ambition to run, he was supplied with a special limb constructed by MIY member Steeper.

The running blade enabled him to enter a few 10K races, the first one in july . He quickly found that his running times were improving signiłcantly.

“The Steeper prosthetist also knew I was a keen mountain biker and offered to make me a new cycling leg with a revolutionary Kinergen Stream Knee which is a special joint to make cycling easier,” added Stuart.

The benełts were almost immediate. Not only was the new limb smoother, it was more dynamic and easier to use than anything he had tried before.

The simple switch from cycling to walking meant Stuart was able to control the resistance more easily and without any awkward modiłcations.

Equipped with the new Kinergen Stream Knee, he began cycling more than before. However, his increasing workload and frequent movement affected the suction strength of his socket, making it difłcult to maintain peak performance while in the saddle.

He took the problem to his Steeper prosthetist, Asad at Seacroft Hospital in Leeds who made him a carbon fibre socket fitted with the RevoFit Lanyard from Click Medical. Ths enabled Stuart to easily adjust the łt of his socket, providing him with the best cycling limb he has ever had.

After attending a training weekend at Loughborough University - which is the GB headquarters for the triathlon - earlier this year, he was selected to be part of the Paralympic Triathlon Talent Squad with the aim of representing Great Britain in the  Tokyo Games.

In March this year, Stuart became British Para Duathlon Champion and since then has completed two more races in this country, getting faster each time.

“Subsequently, I have now started to be selected for the Great Britain team. My first race was in Besancon, France which was a great success and in that I smashed my personal best in the swim,” said Stuart.

“Providing I keep training hard I will have more opportunities to represent my country and give myself the best chance of winning gold in the  Tokyo Games.”

As with any athlete in the modern era, sponsorship is vital to achieving lofty ambitions. Impressed by the way he has already overcome such severe challenges in life, Made in Yorkshire is urging its members to back his Paralympic bid by adding to his roster of sponsors.

He currently has two main sponsors - including MIY member Cirteq - which enables him to train twice a week in Loughborough with the GB Performance Squad. “Things for me are becoming more and more challenging due to the need to the increased training load required to maximise my potential,” said Stuart.

“For this reason I am inviting a limited number of additional sponsors to enable me to get the best of the coaching available. If you or your business would be interested in helping me fulłl my ambitions of winning gold then please call me on 07977 27482343 to discuss further.”